We are pleased to confirm the following invited speakers:

Slobodanka Dimova (Associate Professor in the Centre for Internationalisation and Parallel Language Use, University of Copenhagen) 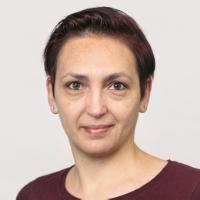 Internationalization has become one of the main strategic goals of universities as part of their endeavors to prepare students for careers in the globalized world. English seems to play a central role in the process, as many non-Anglophone universities have been implementing English medium instruction (EMI) courses and programs (Wächter & Maiworm, 2014). However, the establishment of EMI has also raised concerns about the quality of teaching and learning, given that most stakeholders in the process are L2 speakers of English (Klaassen & Bos, 2010; Kling & Hjulmand, 2008; Kling & Stæhr, 2011). For that reason, alongside internationalization policies, a number of universities across Europe have also implemented policies with specific English language requirements for admission of students and for EMI lecturers who are L2 speakers of English. These policies often require a B2 or C1 level from the Common European Framework of Reference (CEFR) for students and C1 for lecturers (Council of Europe, 2009) although these cutoff levels have not been empirically validated for the EMI context.
The presentation will discuss the validity of these English language requirements for students and lecturers in EMI. Referring to research on admission policies and language requirements at Anglophone and non-Anglophone universities, I will argue that decisions about admission requirements should not solely mirror the practices of peer institutions. Instead, these decisions should draw on careful analysis of the different dimensions of internationalization (historical, economic, cultural, and academic) in the local context. In terms of language requirements for EMI lecturers, I will question the appropriacy of large-scale standardized academic tests and propose use of local tests that represent the linguistic and pragmatic characteristics of the local context. Then, based on research, I will provide validity arguments regarding selection of appropriate CEFR level required for teaching in EMI.

Ankhi Mukherjee is Professor of English and World Literatures at the University of Oxford. She is the author of Aesthetic Hysteria (2007) and What Is a Classic? Postcolonial Rewriting and Invention of the Canon (2014), which won the British Academy prize for English Literature. Mukherjee works on Victorian literature and culture, contemporary British and Anglophone literature, postcolonial studies, and intellectual history. She has published widely in peer-reviewed journals such as PMLA, MLQ, Contemporary Literature, and others. She is the editor of After Lacan and the co-editor of A Concise Companion to Psychoanalysis, Literature, and Culture. Mukherjee’s current book project is titled Unseen City: The Psychic Life of Poverty in Mumbai, London, and New York.

Using an influential term from Conrad studies, my talk examines the emergence of the decolonisation debate at the putative time of the postcolonial in global universities. Drawing on the works of Fanon, Achebe, Morrison, and others, I present a mosaic of experiential and critical observations about being an Indian-born scholar, literary critic, and teacher of English language and literature at the University of Oxford.

An overview of the different speakers and their abstracts can be found here: Abstracts BAAHE 2019.